Mistress Marie wanted her slave to respect boundaries. He did not seem to and she was not happy about it. She had to make sure it was as cruel as she wanted it to be so she forced him to endure it. She used her high heels to ball bust him and by the time she was through with him, he was in a lot of pain but he had learned his lesson. 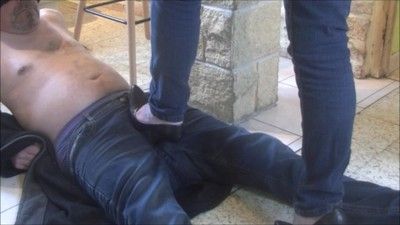